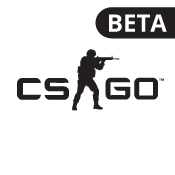 YOU SELECTED THE COUNTER-STRIKE APP

It is the fourth game in the Counter-Strike series.

Counter-Strike: Global Offensive extends the team-based action gameplay that took the game to new heights when it was released.

The game pits two teams against each other, the Terrorists and the Counter-Terrorists.

NOW CHOOSE THE CONFIGURATION OF YOUR CLOUD SERVER